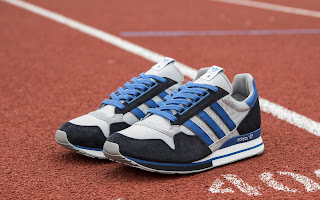 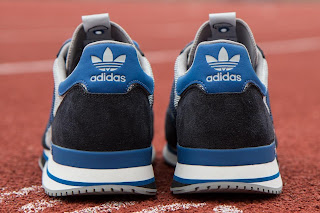 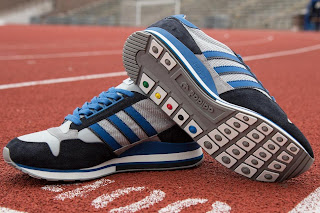 RM550
Size: 7, 7.5, 8, 8.5, 9, 9.5, 10, 10.5, 11
Info:
Having wiped the slate clean with last season's 'Tabula Rasa' capsule collection, Adidas Consortium is back to its former glory just in time for the 2012 London Olympic Games. In anticipation of the games, Adidas invited series of creatives from past Olympic cities to design their own sneaker, using an iconic Adidas silhouette as their blank canvas, and their Olympic memories as inspiration. Representing Berlin, sneaker collector Quote has reworked the ZX500 OG, staying true to the original with a blend of premium suede, nylon and mesh used for the uppers. The muted colourway references the blue and white track of Berlin's olympic stadium, and the Olympic colours make an appearance on the outsole. Limited numbers.
Posted by Ray17 at 6:19 PM