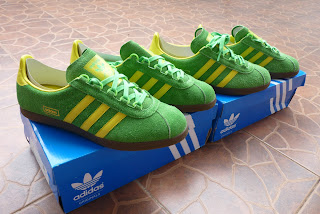 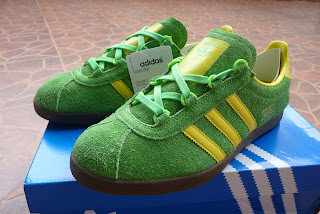 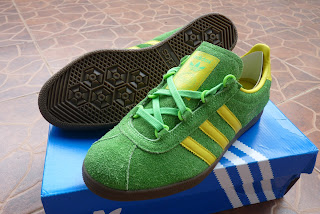 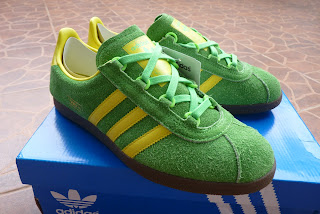 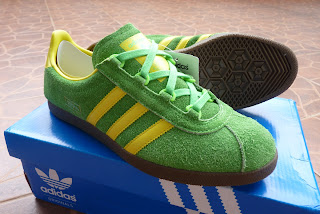 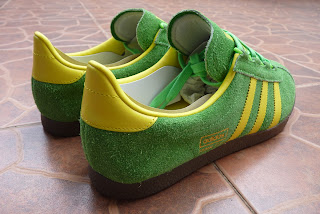 
An original member of adidas’ 1970’s ‘German Sports Confederation’ endorsed fitness range, the Trimm Star at first glance could easily be mistaken as a slimmed down version of the Trimm-Trab. Its history, however, dates back further than that of its better-known sibling.
First released in 1972, the Trimm Star (at the time) was the jewel in adidas’ training shoe crown. Not only did it feature an innovative ‘Ghilly Lacing System’ – technology that would later transcend to a number of adi releases from the same decade – it also featured premium materials throughout. The result: a shoe very much at the forefront of the then rising sports footwear revolution.
Posted by Ray17 at 1:06 AM

Email ThisBlogThis!Share to TwitterShare to FacebookShare to Pinterest
Labels: adidas