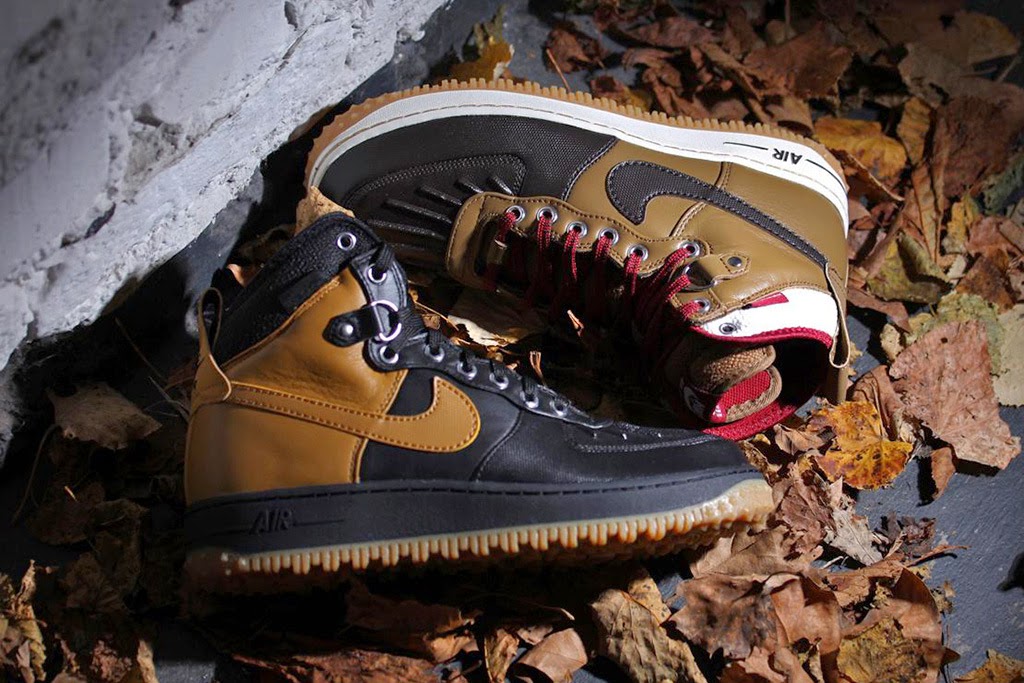 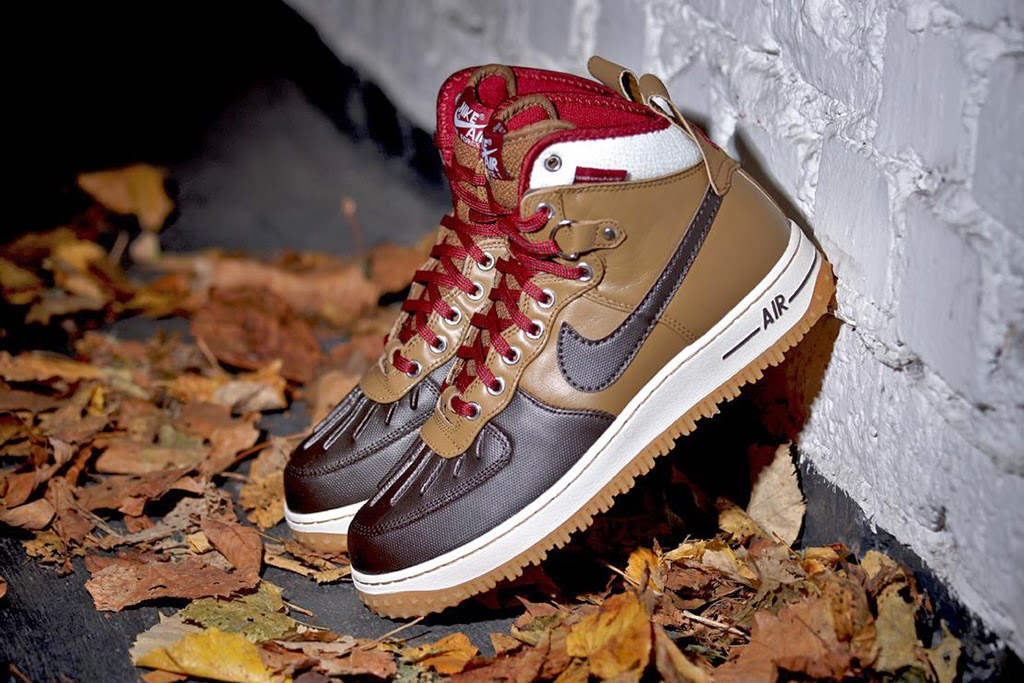 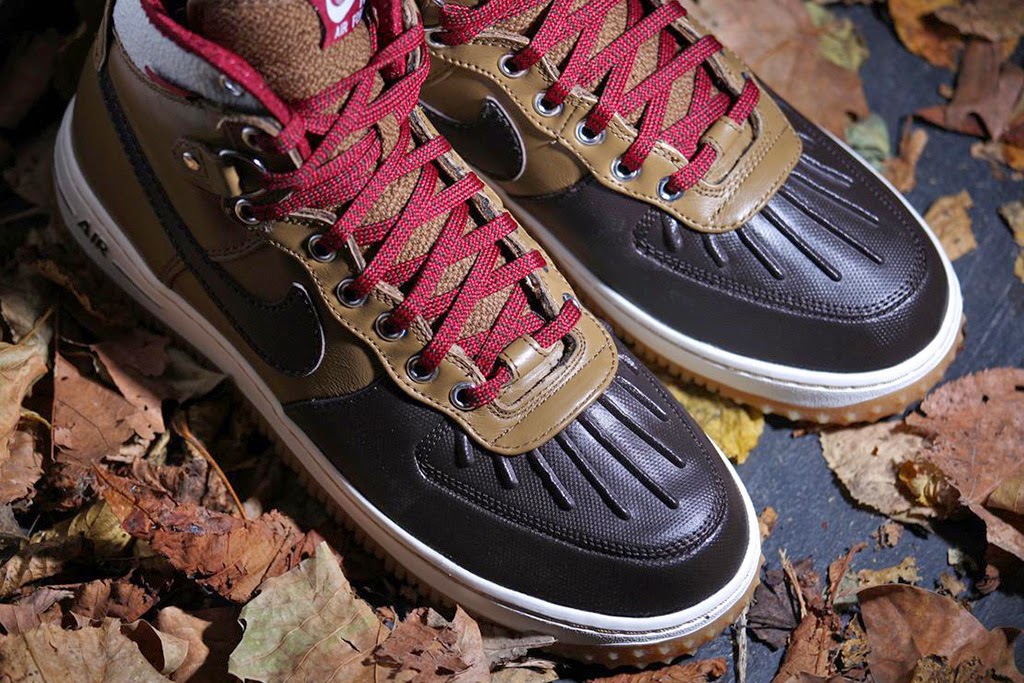 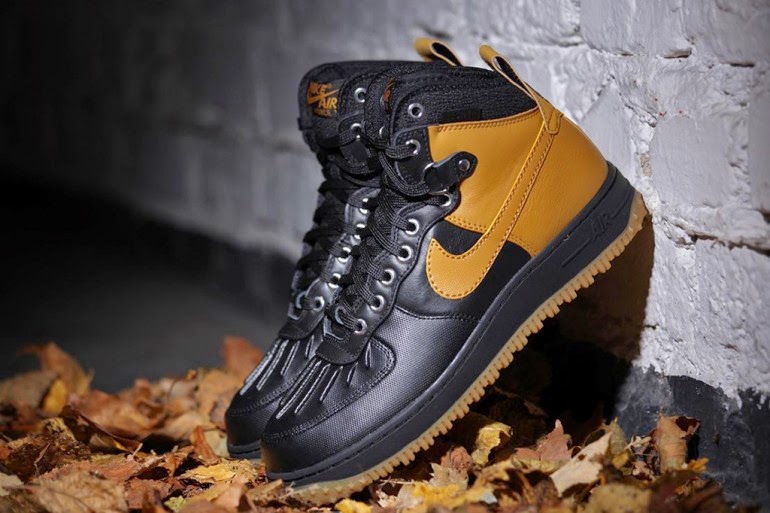 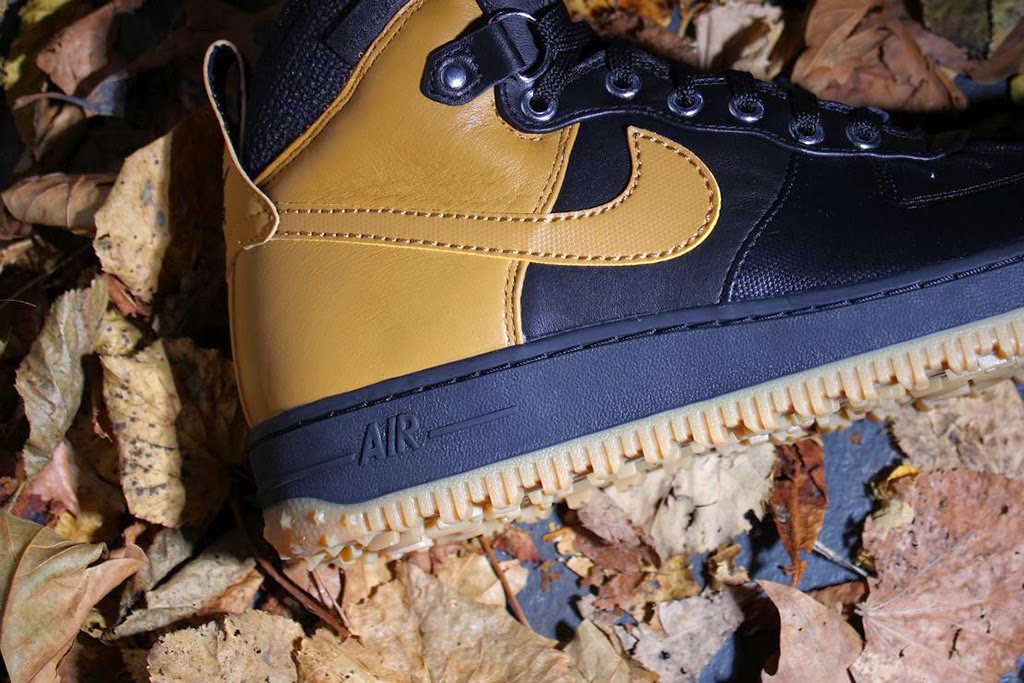 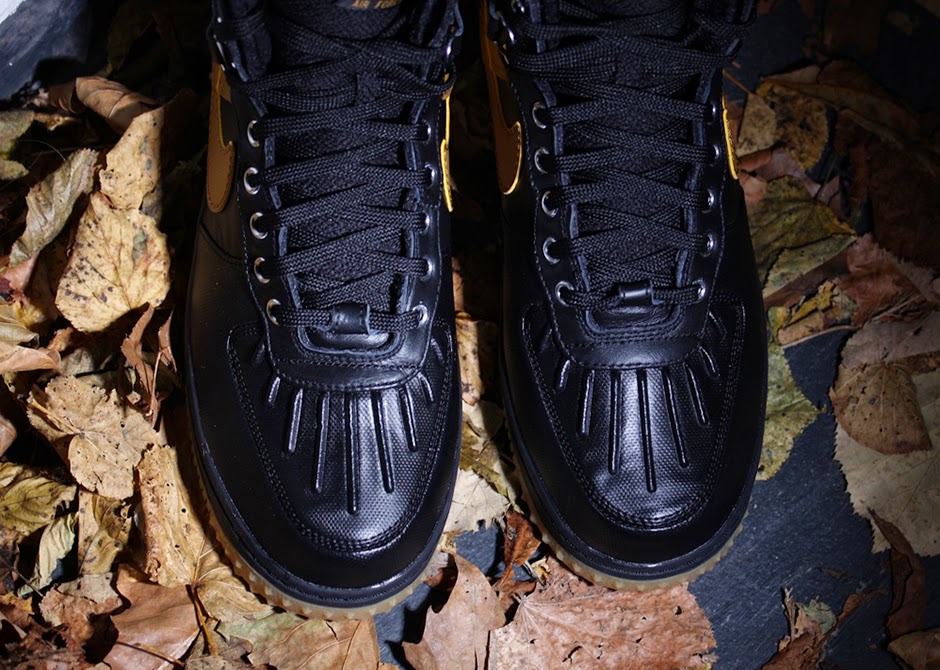 ALL-WEATHER PROTECTION, ICONIC DESIGN
Snow and sleet are no match for the Nike Air Force 1 Duckboot Men's Shoe, delivering water-resistant protection in a legendary silhouette. Outfitted with an insulating lining and a rugged exterior, this Air Force 1 version blocks the cold in style.BENEFITSWater-shield technology at the upper for protection from the elementsSoft, insulated lining to keep feet warm in colder temperaturesAggressive lugs at the outsole for traction on slippery surfacesHeavy-duty eyestays for durability in any conditionAir unit in the heel for cushioningAIR FORCE 1 ORIGINS
Transcending foot coverage since 1982, this once hoops shoe was named after Air Force One-the aircraft that carries the President of the United States. It was the first basketball shoe to house Nike Air, revolutionizing the game for players like Moses Malone and Charles Barkley while rapidly gaining traction around the world, from the hardwood to the blacktop to the core of hip-hop culture. Today the Air Force 1 stays true to its roots with soft, springy cushioning and a massive midsole, but the Air technology takes a back seat to the shoe's status as an icon.

Email ThisBlogThis!Share to TwitterShare to FacebookShare to Pinterest
Labels: Nike